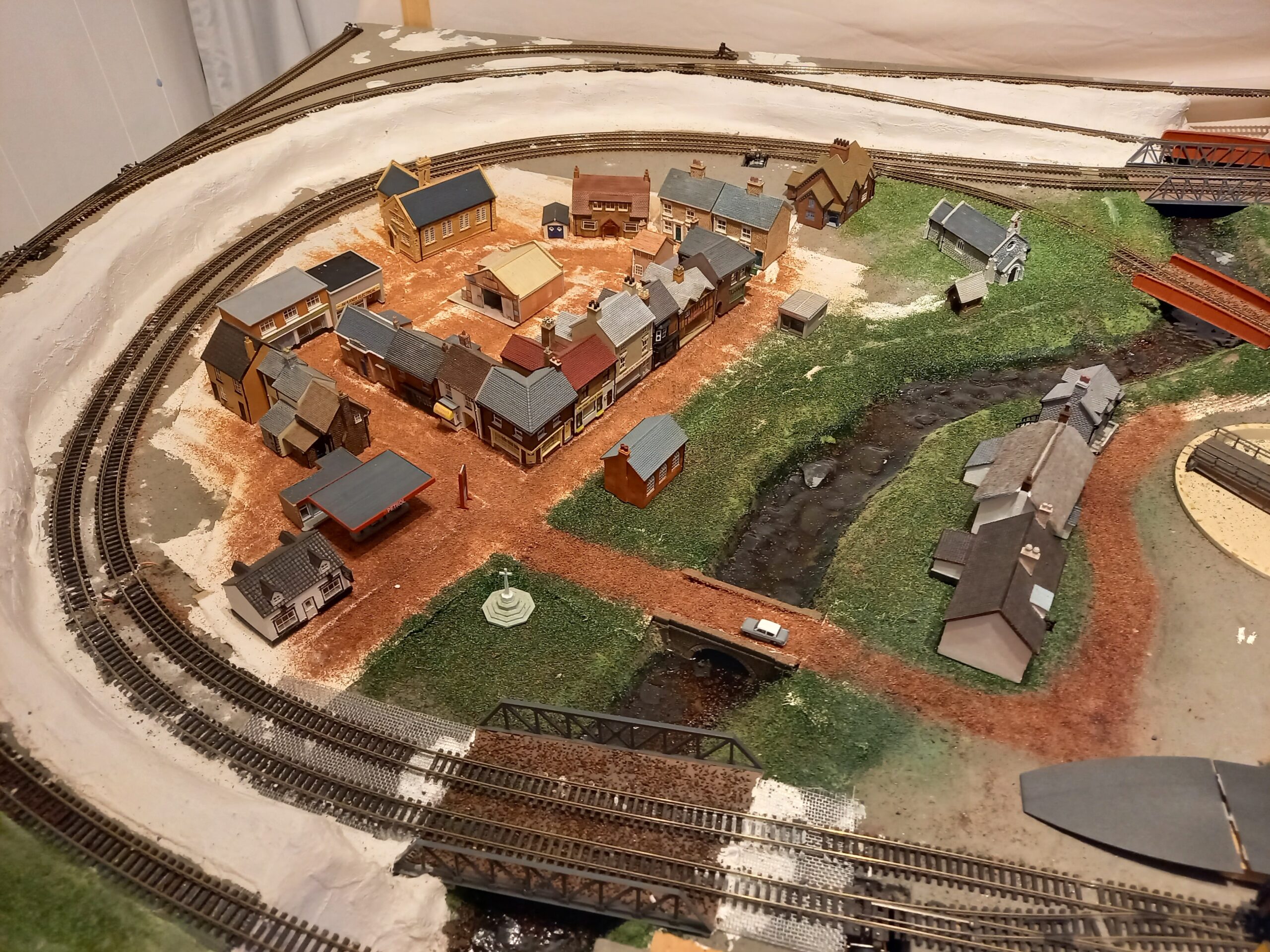 The town is mainly made up of Hornby Lyddle End buildings, the school is Graham Farish, and the workshop is a card kit, all off eBay. Back when I started construction in 2011, I went a bit mad with collecting Lyddle End.

I’d made a start on the scenics in 2011, but what was dark grey tarmac had faded somewhat over the years, and my original idea of putting card under the mod-roc to give the area some variation in height didn’t work. So, I ripped out the card sections and re-scattered.

I installed the arc-welding effect in the workshop at this stage, and the campfire for the Scout camp. Both were from eBay – LED lights controlled by little circuit boards. I also started installing the street lights, however, I’m going to replace them, as they are the old style grain of wheat bulbs, which get very hot and won’t last as long as their LED equivelants.