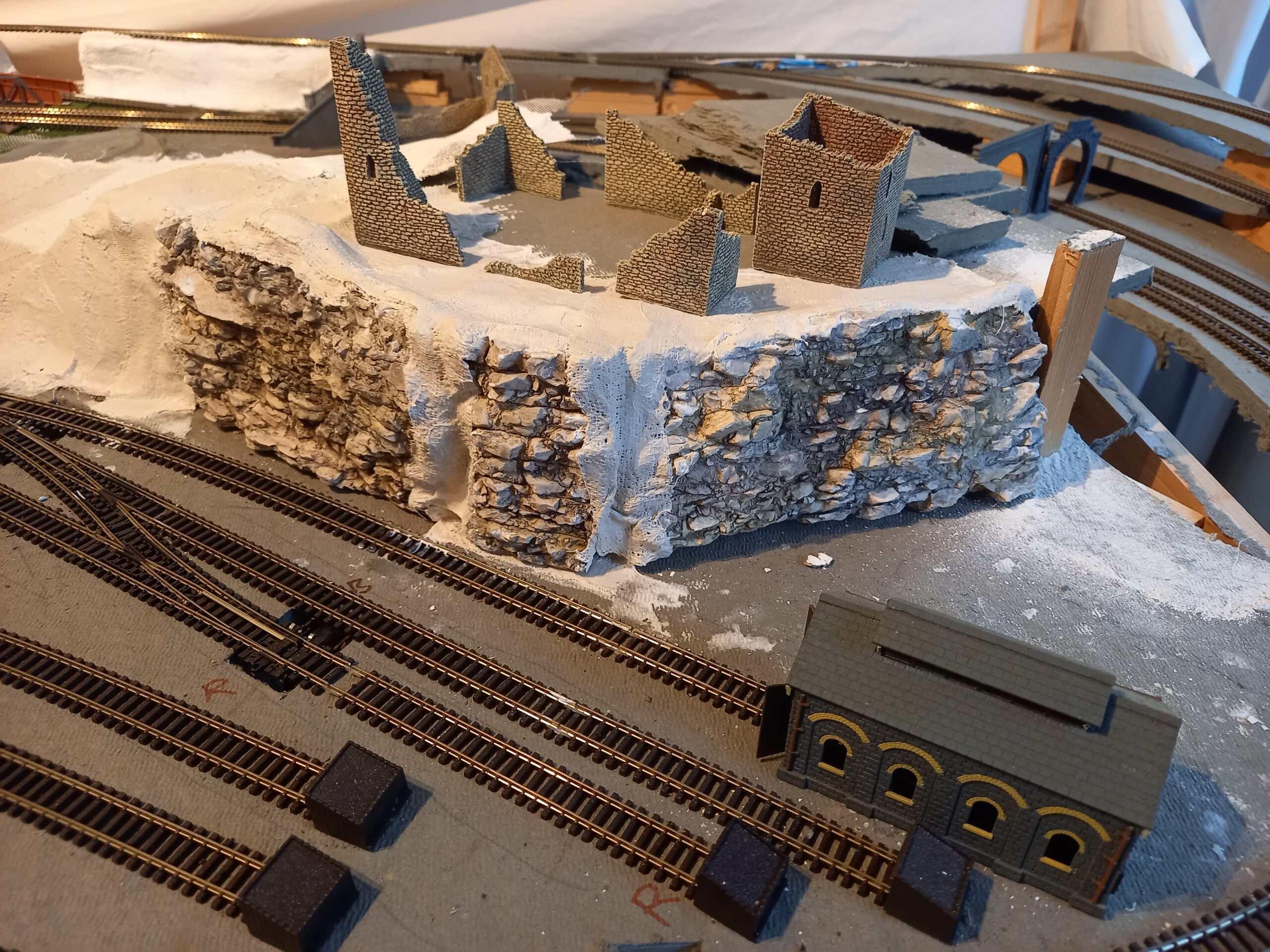 The original plan was for the hill to cover most of the right hand side of the layout. But I thought it would be a shame to cover so much of the track, and it may cause problems being able to access the covered track.

I started off with bits of baseboard supported on bits of 2×1 to then support fine wire mesh covered in mod-roc. The cliff faces were bought in plaster moulds (pre-painted). It was only after I’d laid on the mod-roc that I realised the way up to the farm was far too steep to be realistic, so, I moulded the zig-zag track out of air-drying modelling clay, then added another layer of mod-roc. Having learnt the lesson of not adding scatter straight to the white mod-roc, I sprayed the hillside with a green base layer.

The farm buildings are Hornby Lyddle End, but the castle ruins were an eBay purchase from someone who I think moulded the parts themselves.