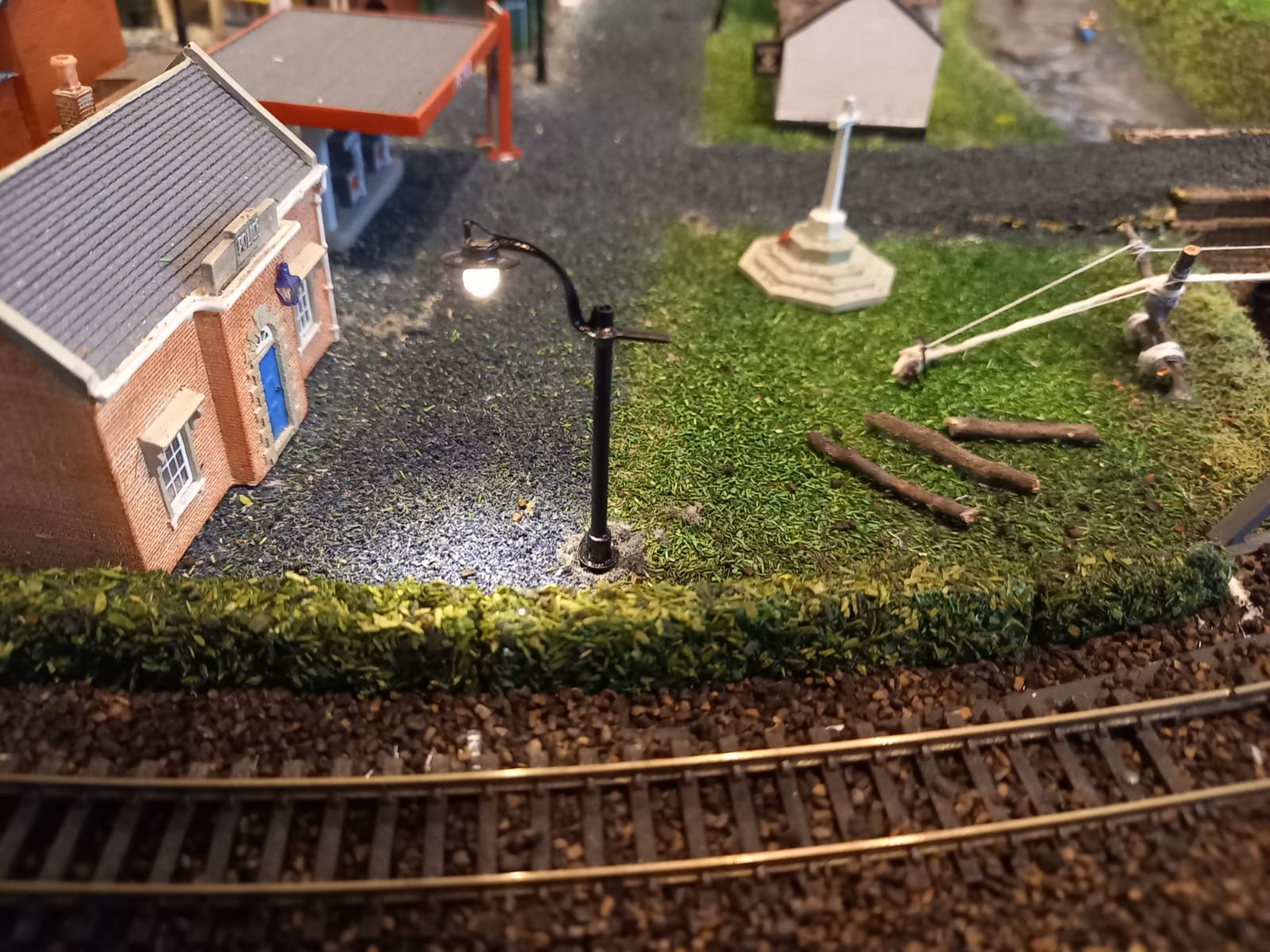 I had previously added street lights, but they were the old style grain of wheat bulbs which tended to get very hot. So, I replaced them with LEDs over one weekend – and it did take most of the weekend.

Each lamp needed to have a resistor soldered to the live wire, heat shrink added to protect it, and extension wires soldered to both live and neutral wires.

I also made some adjustments to the ‘fire’ in Ticklepenny Cottage. Previously, it looked like the whole house was on fire, and it had glowing walls. But, with some strategically placed electrical tape, the fire has been confined to the one room.

Finally, I added two LED yard lamps to the station yard. These, and the street lights are all from Kytes Lights, which are fantastic 🙂